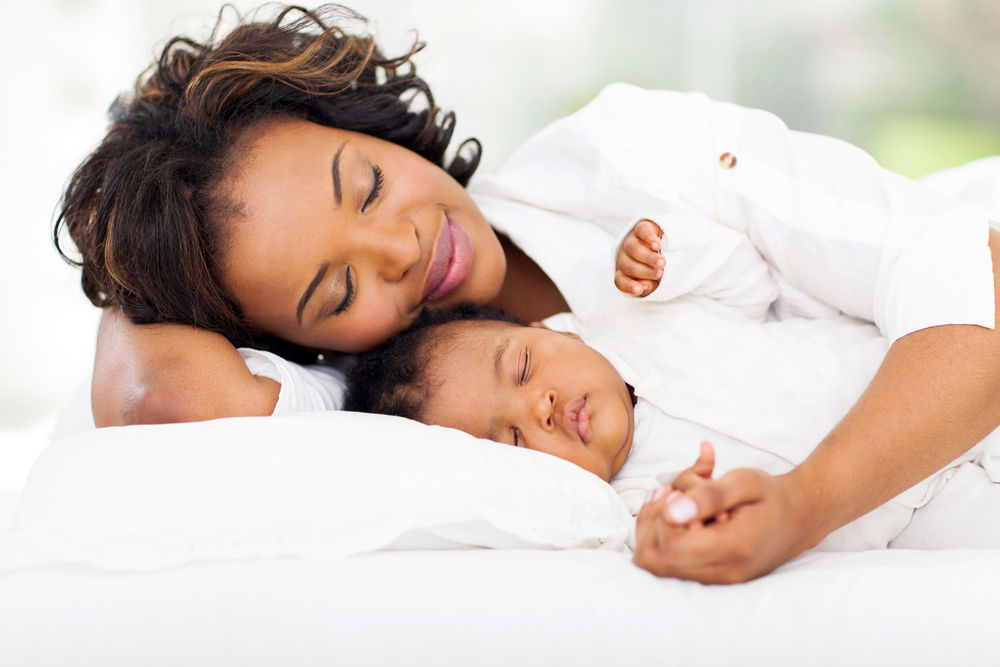 For the first six months your baby should sleep in a moses basket or cot in the same room as mum and dad. Once your baby is six to eight weeks he will probably start to sleep for shorter period during the day and longer at night, but he’ll still wake up to feed during the night. It is possible that your baby will start to sleep through the night at eight weeks old, but it’s more likely this will start to happen when he reaches twelve weeks. If will help to encourage good sleep habits to encourage him to sleep through the night, you can start to develop a sleep routine from as early as six weeks.

Right from two weeks old you can start to teach your baby the difference between night and day. In the daytime dress him as soon as he wakes up, play with him, be sociable and keep the room light and bright. At night time be quiet during feeds, keep lights and noise low and change into pyjamas as soon as it’s bedtime. During his first three months of life learn to recognise the signs of tiredness, including rubbing of eyes, whining and crying easily, yawning and stretching, losing interest in toys and people. If you notice these signs put him down into his moses basket or cot, you’ll soon learn when he is ready for a nap. From six to eight weeks old start to teach baby to fall asleep on his own, put him into his bed when he is sleepy but still aware. Try not to rock to sleep every night as he will start to expect it every night.

Many parents worry about the risk of sudden infant death during the first few months, but there are ways to put your baby down to sleep that reduce this risk including keeping the room temperature between 16-20c, putting baby on his back to sleep and using the feet to foot position with baby positioned at the bottom of the moses basket or cot so he/she can’t wriggle under the covers. It’s also advised to use a flat, firm waterproof mattress for your baby and avoid sleeping on the sofa, chair or bed whenever possible. Breastfeeding has also been proved to reduce the risk of Sudden Infant Death Syndrome due to the health benefits breastmilk provides.